Where To Find the Best Cities for Truck Drivers

The transportation industry remains vital to the U.S. economy. Shifts in the marketplace have increased demands for transferring goods, and trucks are the most common method for moving freight. People entering the industry and drivers considering relocation are naturally curious about the best cities for truck drivers. You also need to consider the market and ask, “Where do truck drivers live?” Discover the advantages of different locations.

What Determines the Best Cities for Truck Drivers?

The average pay in prospective cities is likely your first concern, but those numbers might sometimes be deceiving. A few outliers can skew the results of an average. When possible, opt for median figures instead. Still, analyzing averages provides a valuable benchmark for comparing different locations.

Standard of living is a valuable metric. This refers to the level of necessities, material goods, wealth, and comfort available. Cities vary in access to amenities like high-speed internet and safe school systems.

Quality of life is more essential and personal when choosing a city. The category is subjective, so only you can measure what your happiness level would be in a particular area.

The type of trucking business you want to enter can play a factor. LTL and regional drivers may be better off as employees in metropolitan areas with large companies that offer excellent benefits. Hotshot drivers and other independent contractors likely have more flexibility and do well by settling in thriving markets for their preferred freight types. 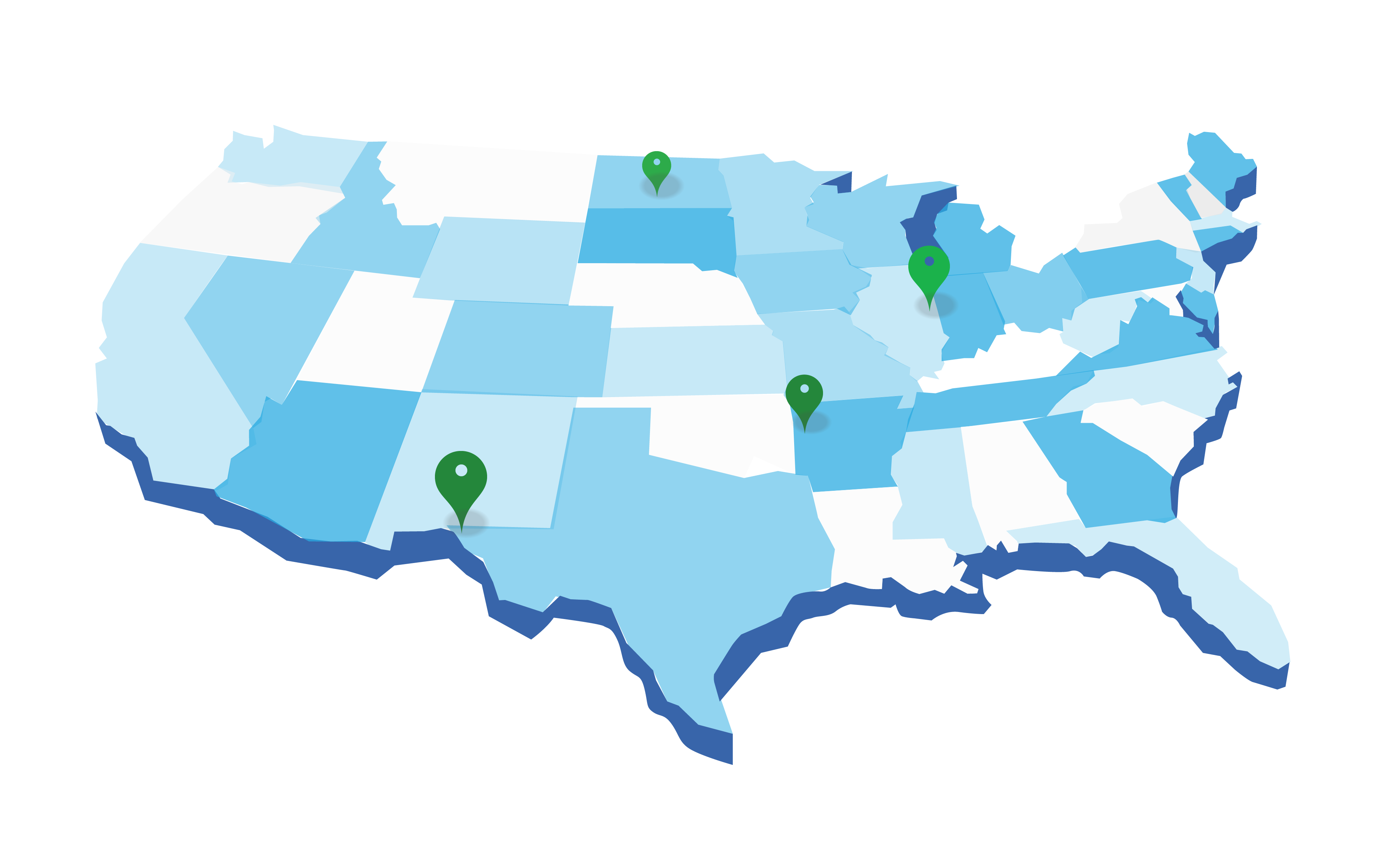 Which Locations Are the Best Places for Truck Drivers To Live?

The cities with the best mix of features make this shortlist, with the U.S. Bureau of Labor Statistics providing current data on employment numbers and wage data.

Landing high on numerous lists of the best cities for truck drivers is humble Danville, IL. The city’s metro area claims less than 80,000 residents, but its position makes it an ideal hub for trucking services. The spot is convenient to the top metropolitan areas of Chicago, IL; Indianapolis, IN; and St. Louis, MO.

Reports show Danville drivers’ average annual salary hits above the national average at $60,000. The cost of living is more than a quarter less than the rest of the nation, meaning your dollar goes far in this lovely Midwest city.

For Southern big-city living and numerous trucking employment opportunities, head to Fayetteville. The locale’s proximity to mammoth retailer Walmart means trucking careers are never in short supply, and Interstates 30 and 40 are some of the most traveled routes in the U.S. For a trucker raising a family, the school rankings and the nearby university make the spot convenient for education while still having many entertainment options.

El Paso makes this list as one of the best places for truck drivers to live for its desirable cost-of-living ratio. Though the average annual salary is not the highest at approximately $48,000, the pay is over 50% higher than estimated living costs for an individual, making the wages optimal for the area.

If you don’t fear the cold and wide open spaces, North Dakota boasts average driver wages across the state at $54,000 yearly. A substantial number of the state’s workers are truckers, with over 9% of the jobs coming from the industry.

Where Do Truck Drivers Live?

The following locations may not meet all of your criteria when looking for the best cities for truck drivers, but many truckers call these places home. The areas may draw you for the camaraderie and multiple employment opportunities. On the other hand, you may determine the markets are too saturated and decide to take your talents elsewhere.

When determining by sheer volume where truckers live, don’t mess with Texas. Over 185,000 drivers call the Lone Star State home. Its location, weather, and always-bustling economy mean trucking will always be a crucial industry.

Though Arkansas is the 34th most populous state, it wins the competition of the highest density of truckers compared to the national average. The percentage of trucking occupations is 2.5 times higher than the ratio around the U.S.

You can probably guess that the number of large corporations headquartered in the business-friendly state makes it a natural shipping hub. With industry giants like Walmart and Tyson Foods located here, a continuous stream of trucking jobs exists, not to mention the prominent transportation company ABF Freight System.

Considering only the trucker population, the number two and three states on the list are California and Florida. California has more than double the number of truckers in any other state besides Texas, with nearly 180,000 drivers. Florida places with a respectable 88,000.

Though these two states have impressive numbers, the ratio of truck drivers to other careers falls well below the national average. Consider one of these locations if you desire your home base to be a sunny state with less competition for work.

Are You Ready To Start a Business in One of the Best Cities for Truck Drivers?

You can find the lifestyle you desire by selecting any of the best cities for truck drivers and establishing your career there. Once you’ve relocated, you need adequate insurance to protect yourself, your cargo, and your clients. Talk to the team at Rev Insurance for low rates on a vast spectrum of coverage options.